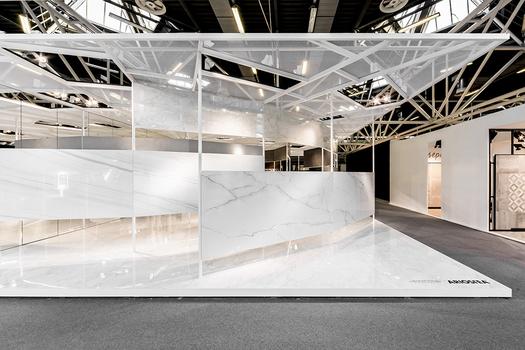 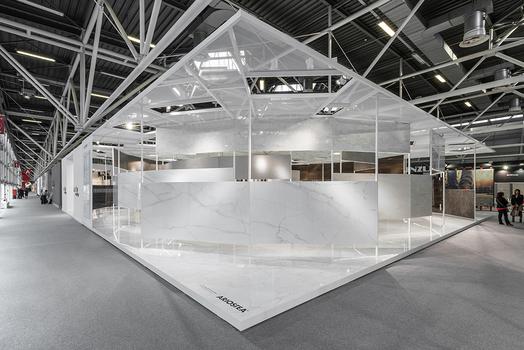 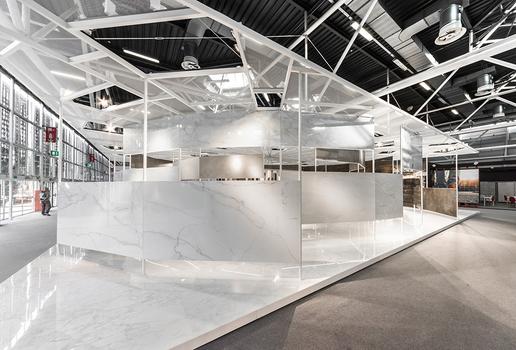 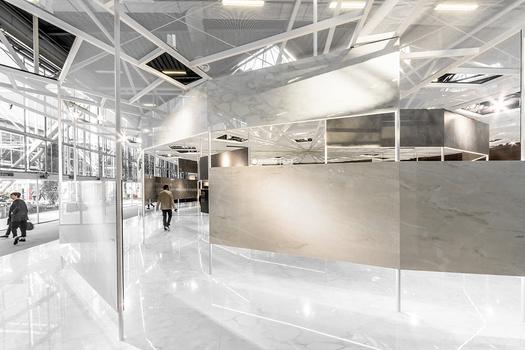 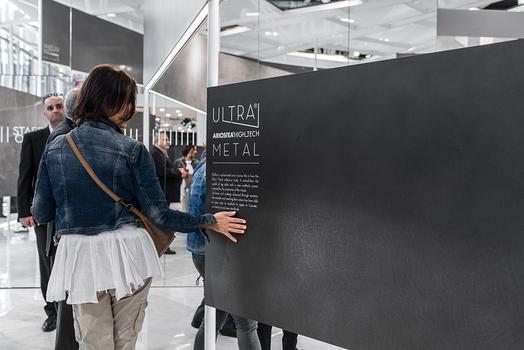 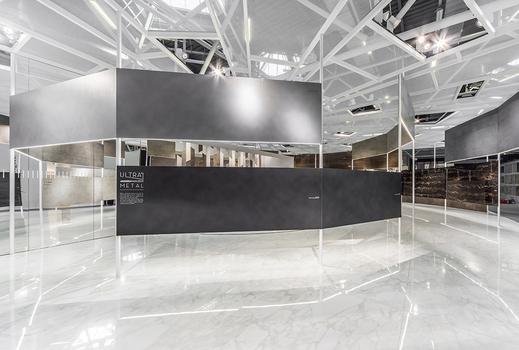 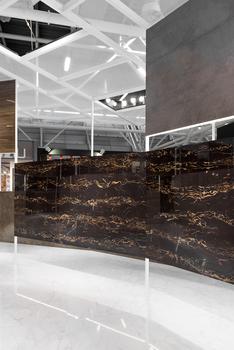 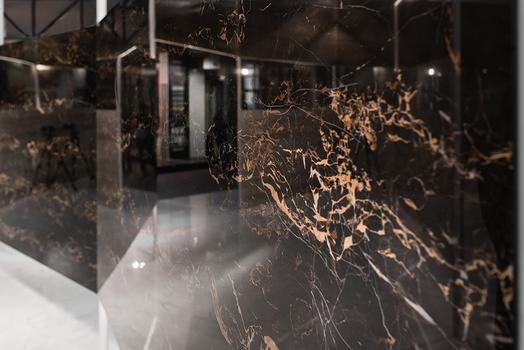 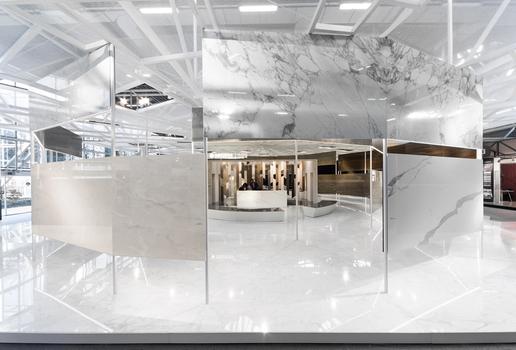 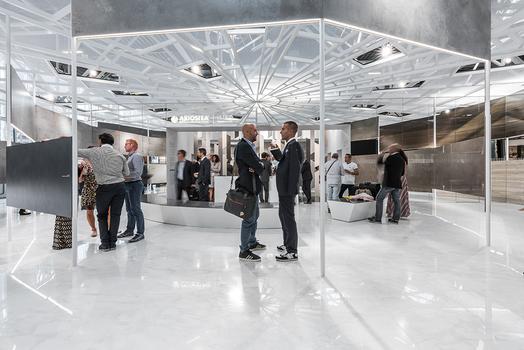 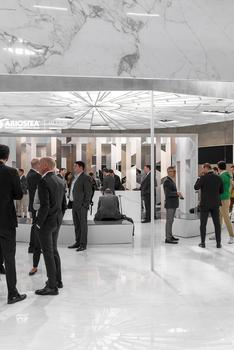 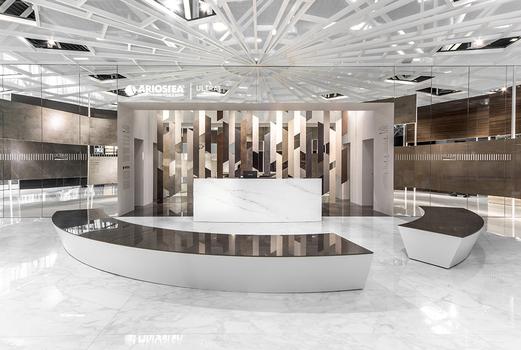 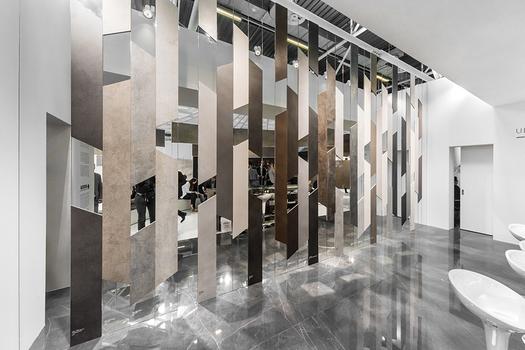 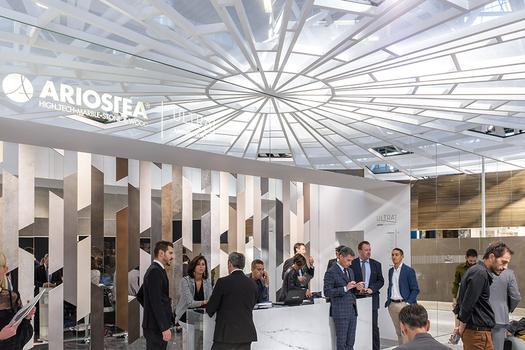 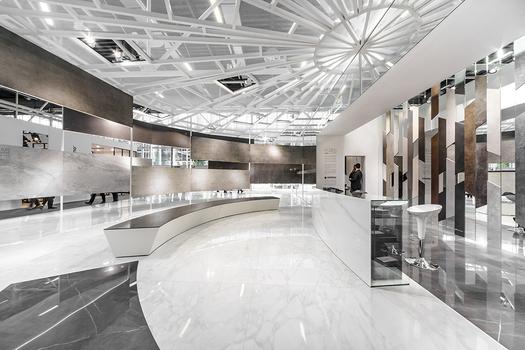 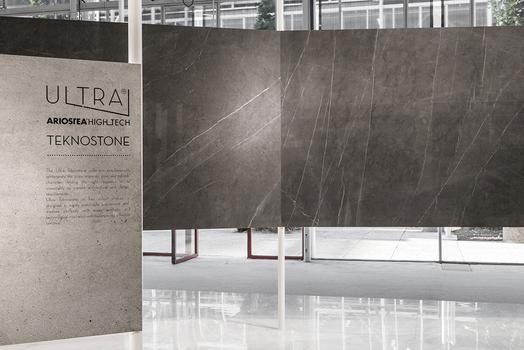 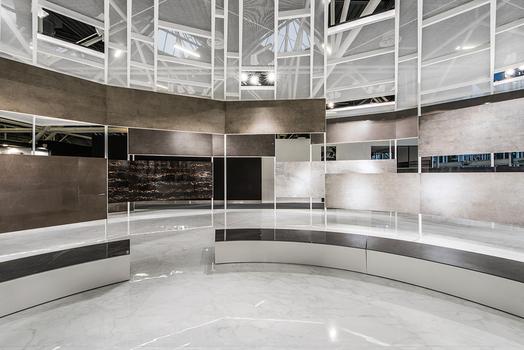 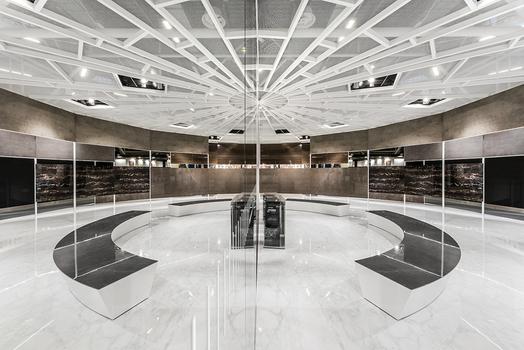 Ariostea presents the Twister Pavilion, the company’s stand at the Cersaie 2016 exhibition in Bologna, which was designed by the architects of the Marco Porpora practice.

The design is suggestive of a globe formed from bands of bare materials, which are developed in circles and suspended from series of stilt-like pillars, an arrangement that presents visitors with a sinuous, enveloping visual pathway before they even step inside.

The structure seems to revolve around the centre of the stand. This “hub” becomes the natural location for the reception area and event space. Indeed, characterised by the apparent weightlessness of the large panels that give the stand its free sense of form, this central space feels like a sort of contemporary agora.

The whole composition is crowned by a semi-transparent structure in aluminium, an irregular, radial lattice loosely inspired by the work of Pier Luigi Nervi.