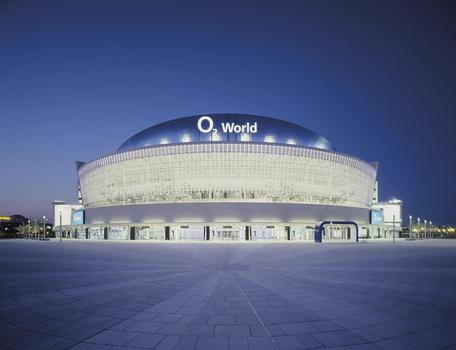 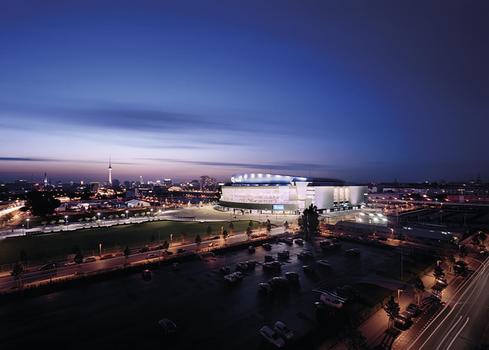 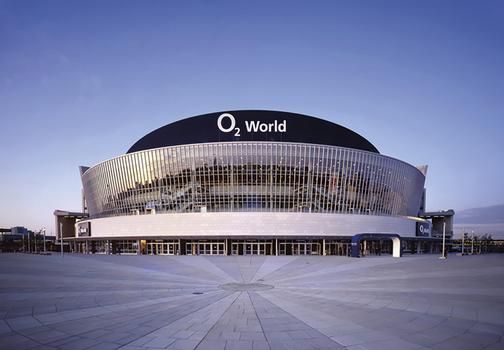 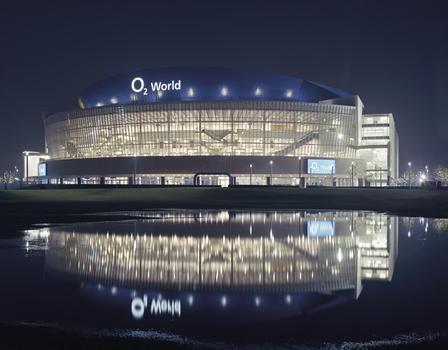 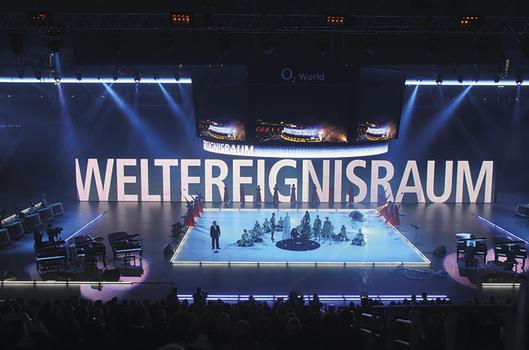 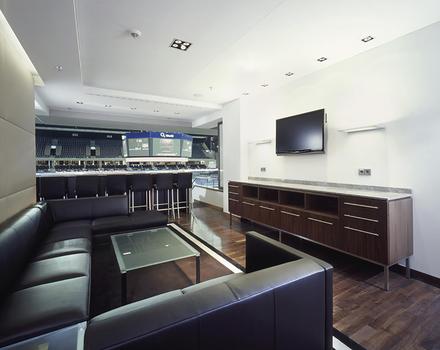 In the middle of Berlin’s well-known Friedrichshain-Kreuzberg district on the banks of the Spree near the old Ostgüterbahnhof railway station, the Anschutz Entertainment Group, a company owned by American millionaire Phil Anschutz of Los Angeles and leading mobile telephone service provider O2 Germany have built one of the world's most modern multi-purpose arenas: O2 World.
With seats and standing room for 17,000 spectators and 59 entertainment, conference and party rooms, O2 World in Berlin offers outstanding flexibility.

In a matter of a few hours the basketball court can be transformed into an ice hockey rink, a concert hall or a conference centre, adapting perfectly to the different requirements of sports, entertainment and music events.
Client and arena operator Anschutz Entertainment Group and Telefónica O2 Germany have established a partnership which will last for at least 15 years.

The figures on the arena are impressive: 160 m long, 130 m wide, 35 m high. The external architectural structure is particularly fascinating: an imposing façade measuring almost 20,000 m² is transformed into a huge 1800 m² LED screen:
one of the world’s biggest outdoor installations and an original, evocative way of communicating with visitors and passers-by. The arena’s main entrance, with its unusual round structure made partly out of glass, is reminiscent of the great open-air opera theatre tradition of the late 19th and early 20th centuries.

The Arena is fascinating on the inside too: the architectural solutions adopted in the interior give it a surprising air of intimacy despite its huge capacity, employing the most advanced communications and broadcasting technologies to guarantee excellent sound and vision.
In its first three and a half months in business the Arena has welcomed more than 600,000 visitors to 50 events. Big concerts such as Metallica, Herbert Grönemeyer, Coldplay, Leonard Cohen and Toten Hosen and major sports events such as the world title fight between Vitali Klitschko and Samuel Peter have been featured on the calendar since the end of 2008.

The main leaseholders, current German basketball champions Alba Berlin and the Eisbären Berlin ice hockey team, have been playing their home games at O2 World since the start of this year's season.
The 2009 events calendar includes Tina Turner, Pink, Eagles and Pur concerts alternating with sports events such as the DEL-ALL-STAR-GAME ice hockey championship and the Euroleague basketball Final Four. The programme also includes Oliver Pocher and Mario Barth shows and two big musical events: ECHO and the 2009 MTV Music Awards, an important event on the world music scene.

Arena O2 World has chosen Italian-made flooring: Pietre High-Tech by Ariostea.
In this masterpiece of architecture, one of Europe’s most technologically advanced structures, the interior flooring features a material from Ariostea’s Pietre High-Tech collection: 9000 m2 of Basalto Grigio, one of the 27 tiles in the range, made exclusively with selected natural raw materials in a process that reproduces the formation of rock.
The stones of Ariostea’s Pietre High-tech collection do not simply copy natural stone but interpret it in a new way and give it new life.Basalto grigio tiles (like all Ariostea’s major collections) are made in a single compact mass which is resistant to frost and to chemical and atmospheric aggression.

This means they offer a guarantee of stability and durability and are perfect for any use in any setting (indoor or outdoor, private or commercial), from the most classic and refined constructions to the biggest and most high-traffic facilities, guaranteeing easy cleanin...