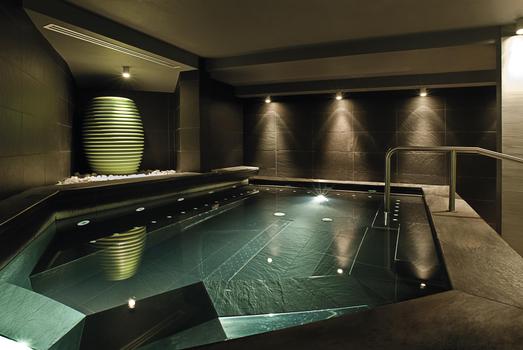 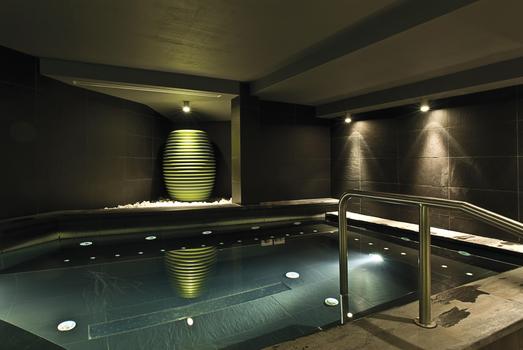 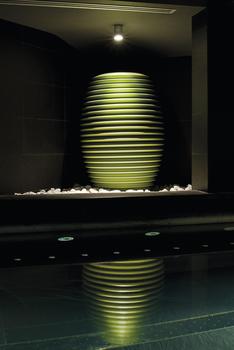 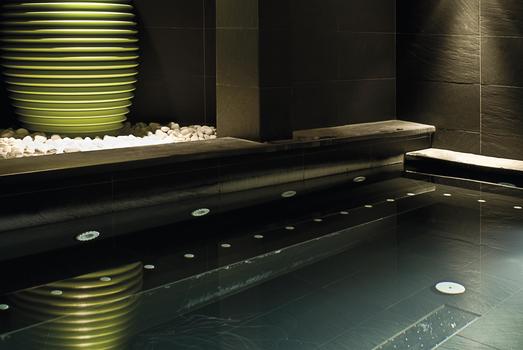 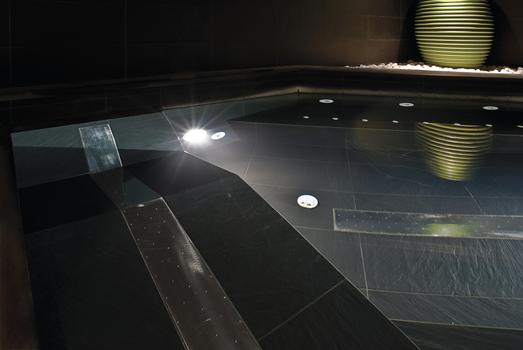 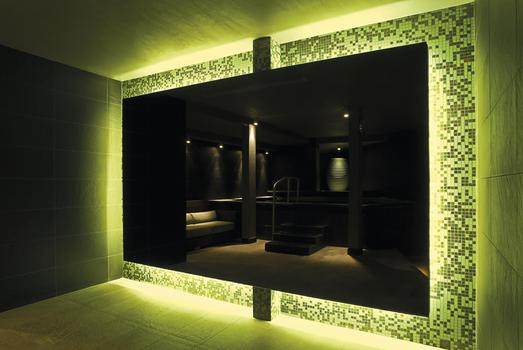 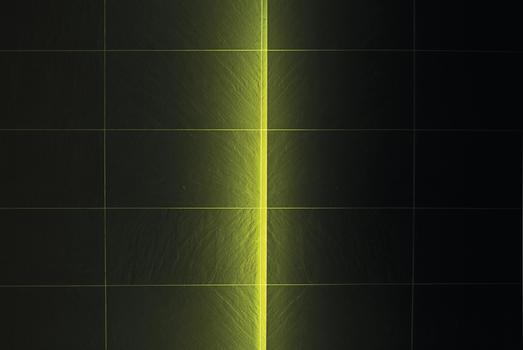 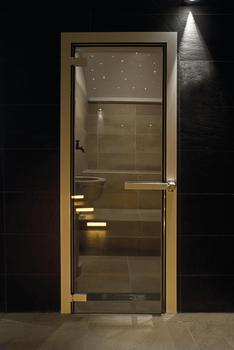 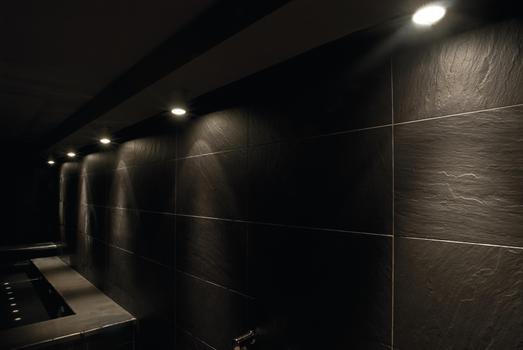 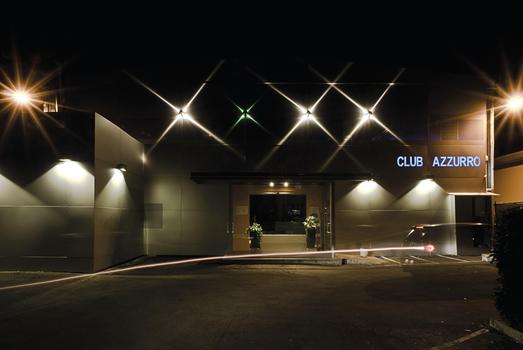 Concentrating on the choice of soft parameters, the firm D73 (Vismara and Viganò) has re-qualified a sports centre by including a spa area among its services and characterising it with high-tech stone surfaces by Ariostea enhanced by grazing light from spotlights.

Marco Vismara and Andrea Viganò have a perceptive approach to projects for rooms and focus their attention on the way in which people interact with the place in which they “live”, in the more complete sense of the word.
They pay special attention to projects having to do with wellness in which the correct perception of the surroundings is essential for creating a condition of wellbeing.
They tackled the project for re-qualifying the Club Azzurro in Gazzada Schianno, in the province of Varese, starting out from the image and from the figurative references that the user would like to find when seeking physical and mental wellbeing.

The project was not simply an up-date and modernisation of the technical systems for well-being, of the type implemented regularly by fitness facilities in order to stay in line with the times. Rather, it was a matter of re-interpreting the rooms on the basis of the parameters defined as “soft” that determine a change in the interaction between the individual and the place.

When speaking of “soft” parameters, what is normally meant is the environmental aspects such as the lighting, the colours, even the smells, in some cases. Great attention is paid in this respect to the type of surfaces, floors and wall coverings and their finishes.

These are no longer perceived as an aseptic container but as elements that, since they come into contact with the body, interact directly with people’s mental wellbeing.

They are aspects of design that reach beyond the primary construction choices and that characterise an interior, differing it from another and causing individual reactions.

The Club Azzurro is one of the many sports centres in Italy in the wake of the fashion of fitness, body care and health improvement. Created in the late nineteen-eighties, it was originated as a set of equipment, with a merely functional established distribution of the rooms and without any overall formal project.

With the change of management in 2007, the need to adapt the image of the interiors to contemporary aesthetic taste has provided the opportunity to create a spa area of about 90 square metres, with a whirlpool, sauna, Turkish bath, a relaxing area and reaction showers in the place of an earlier area dedicated to beauty that has now been demolished.

The relatively minute size of the area involved in the project enabled the designers to enrich it by studying the details thoroughly. Definition of the soft parameters started from the choice of the surfaces, for which Ariostea’s high-tech Black Ardesia stone was used. This material has an intense and extremely fine grain, with a smooth and uniform appearance.

Used for the floor of the whole spa area, including the swimming-pool and the chaises longues in the interior, it has the purpose of giving the environment an atmosphere of intimacy, welcoming and protective, preparatory to the embrace and regenerating action of the water.

This “cavern” of warmth and coolness has delicate lighting provided by spotlights along the ceramic surfaces of the walls and in the swimming-pool, forming visual cones that guide users through the paths of well-being without disturbing the overall atmosphere of repose for the eyes: the light reflected on the Black Ardesia surfaces also highlights the delicacy of its veins, that in the shadow look exactly like those of the stone of a cavern.

Colour therapy is carried out by means of LEDs inside the Turkish bath and the sauna. Illuminated slits between the tiles, lastly, separate the various zones, from the swimming-pool to the relax area: the intention of the project is to allude to the functions rather than impose them with dominating visual signs.