Until 11th November 2018 Ariostea will be at MAMbo (the Museum of Modern Art in via Don Minzoni 14, Bologna) as part of the exhibition That’s IT! Sull'ultima generazione di artisti in Italia e a un metro e ottanta dal confine (On the newest generation of artists in Italy and one metre and eighty from the border), curated by the artistic director of MAMbo Lorenzo Balbi.


This openly generational and geographical exhibition presents work by 56 artists and collectives who were born after 1980 in Italy or have lived and studied in Italy.
That’s IT! considers the exploration of different media and languages, many created for the occasion, by this new generation of artists, offering an interpretation of modern society "with an open, dialectic and magmatic perspective".
Ariostea’s production fits perfectly in this context due to its versatility, and the potential expressed by its high-tech porcelain. Ariostea slabs have been chosen for the work 1/1 by Caterina Morigi on the theme of “imitation, guiding and adaptation between man and nature”.


The work has been created with 300x150 cm, 6 mm thick Arabescato Statuario maxi slabs, produced with Dys (Design Your Slabs) technology in order to give the large porcelain surface "a further printing of organic and inorganic details”.
Caterina Morigi’s art project explores the relationship between man and nature, through the stratification of time on stone.
It is an ancient, yet always current relationship, which is expressed through a sensory exploration of original shapes, lines and colours that are only just perceived, with details and nuances that are hinted at and are always unique, as in the best tradition of Ariostea marble-effect slabs.


The historic relationship between man and stone can almost be defined as an interchange, but also as one of "imitation and adaptation ". Over the course of human civilisation, stone has gone through many uses, phases and types of artistic production. It has been used as a covering since antiquity and admiration of its technical and aesthetic features have led man to imitate and recreate its forms, while still continuing to use it in traditional ways.

Caterina Morigi’s work “takes a look at the technique of marbling and the person who performs it, as a figure dedicated to observation and interpretation of natural forms”. 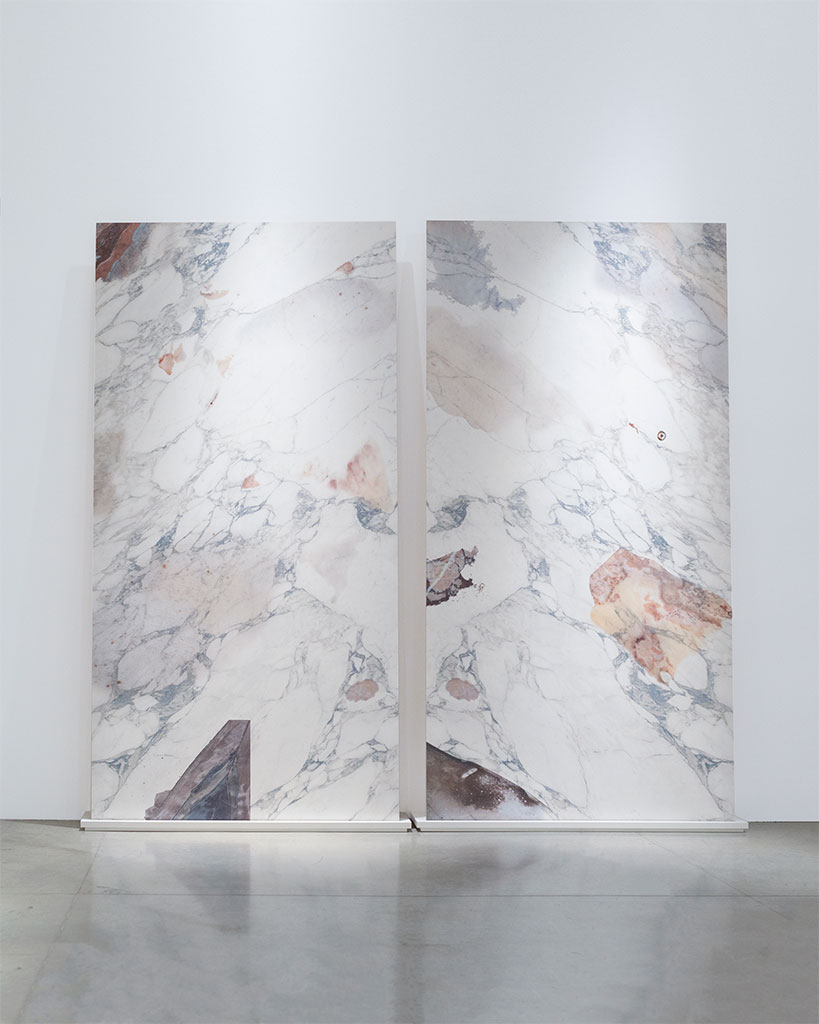 You may also be interested in:
Refine your search
Advanced search